In designing for behavior change, creating a relevant and actionable feedback loop at the point of action is an effective method to help people modify their behavior.

If you’ve ever seen a sign on the side of the road with the words “Your Speed” posted above a large, digital numeric readout, then you’ve witnessed the power of relevant metrics. You probably slowed down a bit, too. In study after study in multiple countries, these radar-equipped Your Speed signs have proven more effective than speed traps and citations at curbing speeding. 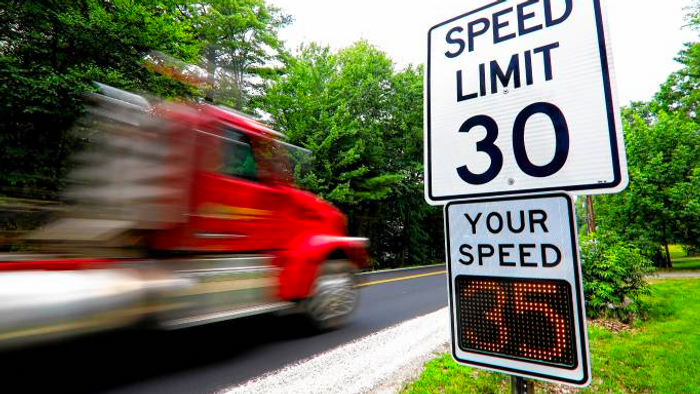 This may seem surprising, given that the sign isn’t handing out any fines, and is only providing you with information you already have (assuming your car’s speedometer is working). But it’s also leveraging a powerful lesson learned by behavior researchers over the years.

Changing our behavior is made difficult by the simple fact that we’re often not paying attention to what we’re doing. After all, we perform dozens of different tasks every hour, from breathing to walking to deciding where to point our eyes. If we were consciously focused on all of it, we’d never get anything done.

Applying relevant metrics snaps us back to attention by creating a feedback loop. The loop starts when you measure something that someone is doing, show the measurement to them, compare it to a desired result, and give them the ability to alter their behavior. When all of this happens in quick succession, we almost can’t help but modify what we’re doing.

This principle of providing actionable feedback at the point of action has shown up in a variety of digital experiences over the past few years, driven by smaller, cheaper sensors and processors, and faster networks. Wearable devices like the FitBit and the Nike Fuelband use relevant metrics to get people walking and exercising more; the dashboards in many hybrids and electric cars use a similar approach to encourage more efficient driving habits. 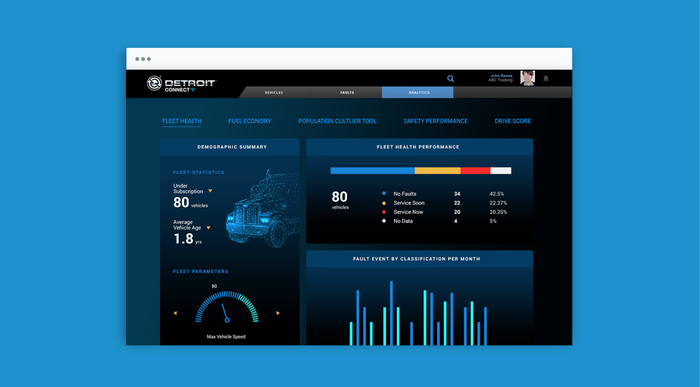 For Ziba, relevant metrics have unlocked a number of powerful digital experiences, such as the Detroit Connect dashboard our digital team developed for Daimler Trucks North America (DTNA). In this case, there wasn’t so much a problem to be solved as an opportunity to be seized: modern trucks generate torrents of real-time data, and DTNA knew that there were big gains to be had in efficiency, safety, and vehicle uptime, as well as significant cost savings—if they could put the data to work. 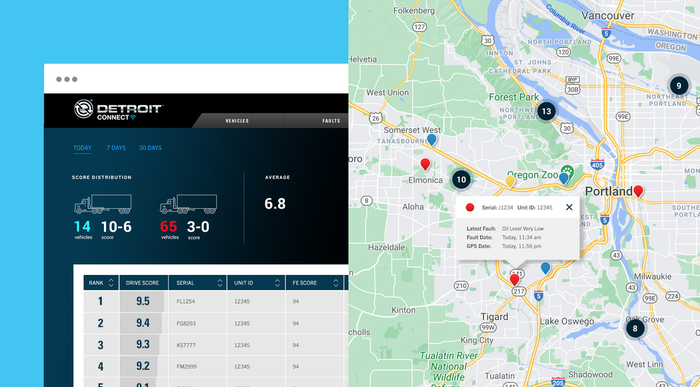 But like so many innovations, a data-driven truck fleet requires people to shift their behaviors. So rather than take the conventional path and turn data into reports with recommendations on fleet management, we worked with DTNA to create a real-time dashboard. It gives drivers and fleet managers the ability to adjust routes and maintenance schedules, and see the impacts almost immediately. By providing relevant metrics in an accessible format, at a time and place where they could be acted upon, the Detroit Connect dashboard has improved vehicle uptime and delivery speed for over 30,000 vehicles, while cutting fuel and maintenance costs.

Sometimes, the best way to get people to change their behavior—whether that’s speeding less, walking more, or changing how they manage their fleet—isn’t to tell them what to do. Sometimes it’s better to simply show them what they’re doing, let them know what’s possible, then step back and let them do the changing themselves.